Today’s review is for the 89 Cent Pancakes from Burger King.

The Dollar Menu may have mostly disappeared from the nation’s biggest fast food operators, but that hasn’t stopped the occasional sub-$1 deal from popping up on menus to boost business.

The latest super cheap fast food item comes from Burger King: For a limited time at participating restaurants, an order of three pancakes costs a measly 89¢. That’s less than 30¢ per flapjack!

Burger King has been promoting the new low-price offer on Facebook and Twitter. The 89¢ order of pancakes comes with syrup and butter, but not a side of sausage like pancakes normally come with at Burger King. (Let’s not be gready, huh?)

In fact, Burger King’s move is one in a long line of stunning low-price deals that probably yield little to no profits, but which serve a more important purpose: increasing customer traffic. Early in 2015, for instance, Burger King, McDonald’s, Dunkin’ Donuts, and others waged an ongoing war over coffee, with competing free coffee giveaways left and right. More recently, several fast food players have stepped up their game in terms of cheap value meal deals, with offers like 4 items for $4 and even 5 items for $4.

It’s no coincidence that many of the low-price promotions feature breakfast items. For years, breakfast has been regarded as the most important meal of the day in the fast food business because it was the one mealtime seeing a constant increase in customers. What’s more, restaurants like the idea of getting people to start their days eating their food, with the hope that this habit crosses over into lunch, dinner, and snack time as well. McDonald’s introduction of all day breakfast last fall has proven immensely popular as well, and competitors have unveiled new breakfast items and low-price offers as a way to win back customers wooed by Egg McMuffins at any hour of the day.

Burger King hasn’t said how long it will keep selling three pancakes for only 89¢. What we do know is that the BK restaurants hope that you buy coffee, orange juice, and maybe a breakfast sandwich while you’re swinging by for cheap pancakes. And the bigger hope is that you get in the habit of swinging by your local BK for breakfast and more long after the cheap pancake offer disappears.

If you want the super cheap flapjacks, just remember that breakfast at the chain ends at 10:30a.m. sharp. 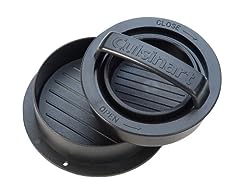 Ultimate 3-in-1 burger making tool Makes stuffed burgers, sliders, and regular burgers Dishwasher safe Non-stick coating (as of June 3, 2020 - More infoProduct prices and availability are accurate as of the date/time indicated and are subject to change. Any price and availability information displayed on [relevant Amazon Site(s), as applicable] at the time of purchase will apply to the purchase of this product.) 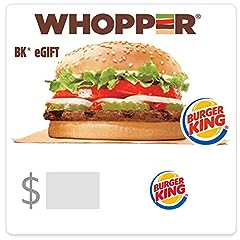 BK eGifts can only be redeemed by presenting the sixteen (16) digit code at Participating Restaurants by showing a crew member the code on your smartphone or in printed format. Redemption: Online only No returns and no refunds on gift cards. (as of June 3, 2020 - More infoProduct prices and availability are accurate as of the date/time indicated and are subject to change. Any price and availability information displayed on [relevant Amazon Site(s), as applicable] at the time of purchase will apply to the purchase of this product.) 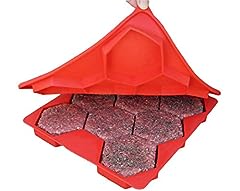 Press and stuffs up to 8 quarter-pound burger patties at a time (each container holds approx. 2 pounds). Easily pop frozen burger patties directly onto the barbecue. Individually seals each burger patty to prevent freezer burn and/or sticking to each... (as of June 3, 2020 - More infoProduct prices and availability are accurate as of the date/time indicated and are subject to change. Any price and availability information displayed on [relevant Amazon Site(s), as applicable] at the time of purchase will apply to the purchase of this product.) 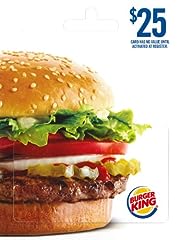 Give the gift that's always in good taste. Your BK gift card can be used at any participating BK location. Find a location near you at http://www.bk.com. High-quality, great-tasting, and affordable food. No returns and no refunds on gift cards. (as of June 3, 2020 - More infoProduct prices and availability are accurate as of the date/time indicated and are subject to change. Any price and availability information displayed on [relevant Amazon Site(s), as applicable] at the time of purchase will apply to the purchase of this product.)

he gets it . goin in

what kind of family problems? God bless you!

i feel like you watch wolf of wallstreet on repeat.

I would not say “maple syrup”. It is likely an imitation of maple syrup that is full of sugar and artificial flavors. The pancakes look like empty calories with not much in terms of nutritional value. It may taste good but it is probably not that healthy. I would stay away from that product.

Sorry about your family problems (know how it is) and I hope it all goes ok for you!! Do love your reviews keep them coming as much as you can!!

So let me get this straight. These cakes are made in a pan?

burger king has the saddest excuse for food ever.

The only guy I know who can talk for minutes about 89 cent pancakes from Burger King. I have gained respect for you my good sir

When he said dollop I almost blew my wad.

I hope everything gets better , i really do! Stay strong my friend! Greetings from Greece!

Every time he says food review I smile

but wtf are you wearing???

think this guy just needs to get laid

His family problems might be because he dresses in a suit and makes videos in fast food parking lots.

Why do I smell the pancakes?

I LOVE HIS SARCASM!

ReviewBrah is the only real Spider-Man

Just had these today and I thought of you!

This guy is the Mr. Rogers of food reviews.

Let me ask a question, in all seriousness…. Your fast food reviews are great, but would you consider fine dining(AKA a sit down restaurant such as a steakhouse) reviews on new restaurant items in the future?

mine did not come with butter : (

THIS DUDE SHOULD BE 300 PLUS LBS

Pointing with your knife, rude

I understood 8.81 out of 10 that your going thru family problems I think 8.81 out of your viewers have gone thru some problems

Reviewbrah is an older version of brick from the middle

I hope things are going better for you these days.