Some of the joys of being a professional world traveler are getting to meet incredible and interesting people, learning about and immersing myself in new cultures, visiting historical and archaeological sites from hundreds or even thousands of years ago, and gorging on dishes and drinks I’ve never heard of. India provides all of that and more, which is why I went back for my second trip to the country in November of 2018 and experienced it all with my friend Sam from Samuel & Audrey.

Our first afternoon in Kolkata came a day early because of an impending weather emergency in Chennai, so we got an unexpected extra day in Kolkata to explore the city! I love seeing the similarities and differences in worldwide fast food chains in different parts of the world, so Sam and I requested an Uber to take us to a local McDonald’s so we could check out their lunch menu!

Just like the McDonald’s breakfast menu I tried in Pune, it turns out the lunch and dinner menu also contain lots of items that are exclusive to India. I couldn’t wait to dive in and try them! These are the six items I tried:

First up was the Veg Maharaja Mac, which looks a lot like a Big Mac, except it has two crispy veggie patties instead of beef patties. It contains an aioli-like sauce, lettuce, and lots of melted cheese as well. Even though there are peppers in the veggie patties, it was pretty mild. This was a fantastic veggie burger! I also got fries with it, which were the same as they are in America.

Next was the Aloo Wrap, which contains potatoes, a little bit of masala, lettuce, and some kind of aioli. It was really tasty and almost like a kebab you’d find in Europe.

Next, I went with the McAloo Tikki, which is a sandwich that consists of a potato patty corn and peas with a lot of sauce and tomatoes on top. It was like having potatoes with ketchup and was really flavorful!

The next item I dove into was the McSpicy Paneer, which is a breaded and deep-fried slab of paneer (a non-melting cottage cheese that’s extremely popular in India) with an orange sauce and lettuce between a bun. It may have been simple, but the crispiness of the breading and the smoothness of the paneer itself, coupled with the sauce, made it so delicious!

From there, we moved on to the McSpicy Paneer Wrap. It was fantastic! It contained the same breaded and deep-fried paneer along with spices, cheese, sauce, and lettuce in a grilled wrap, which made for a delicious combination that is so different from Western McDonald’s food! This was my favorite menu item I tried!

The final item we tried was the Chicken Maharaja Mac, which is the only non-veg item we ordered and the non-veg version of the Veg Maharaja Mac. It contained sauce, lettuce, tomatoes, cheese, jalapeños, and three buns, but instead of beef or veg patties, there were two crispy, grilled chicken patties. It was spicy, creamy, and an awesome chicken sandwich!

I’m not a huge McDonald’s guy personally, but these Indian McDonald’s items were fire! They were unbelievably good and so uniquely Indian. They’re doing something really special in India with their McDonald’s food. Nearly everything on the menu is veg, whereas it’s the exact opposite in the U.S. And not only was everything super flavorful, it was also really inexpensive. The entire meal came to only $12-$13 U.S.

I hope you enjoyed our visit to a McDonald’s in Kolkata! If you did, please give it a thumbs up and leave me a comment below. Also, please subscribe to my channel and click the notification bell so you don’t miss any of my upcoming food and travel content! 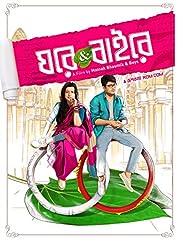 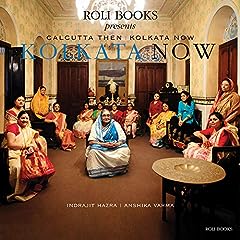 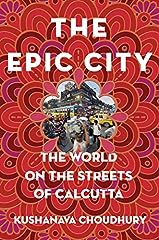 
The Epic City: The World on the Streets of Calcutta 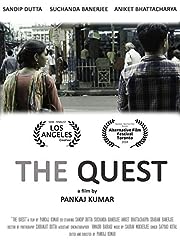 From all the McDonald’s videos I’ve seen on the internet from different countries it seems like we have the worse McDonald’s here in the US.

Wouldn’t it be amazing if McDonald’s actually served tasty, healthy veggie sandwiches in America? Not many people would buy them though and they would just end up getting cancelled. Shame.

What different kinds if cheese is to West, paneer is the same for us. We love paneer and u can make 50 different recipes with paneer.

You guys don’t even know what You’re eating. All you comment about is the spice. This is India. Get used to it. Enough Anyway.

Sam, I don’t know but if it helps, I feel you man… From other side of the glass!!

You also should try the Bengali food.

Thank you, sir, for an honest video about Kolkata namaskar to the City Of Joy.

Though the food is ordinary (at least to me), but your presentation is excellent. Also try some Bengali dishes as well (specially fish).

I don’t know how you adjusted with him Sam.. this guy is really aarogent .. I used to follow him religiously but he showed colour multiple times with him fake stuff.. hate in core. But Sam I watched your Tokyo video n u eat in Indian restaurant that’s most exiting.. to bad

Only 15$ thts very cheap for Europeans and Americans

Sam’s mouth is watering while watching him eat

You guys are wasting too much food. Unlike USA we Indians do not prefer to waste food. Kindly respect your resources no matter where you are.

In India every state has its own language

Why u people never order 2 of everything….david always eat and give rest of it to sam…it looks pathetic or you should divide it in 2 parts…….

Every single person who visits india always falls madly in love with the food.Why???coz Indians mastered the art of cooking most vegetables and spices.

David and Sam I must say there is nothing more tastier in life then having a same bite of sharing a food.Thats a sign of bromance/brotherlyhood which we all Indians do with utmost respect with buddies.

When you came to Bangalore again try LIVER RICE and give your review please..!

This mcd is near to my home…