Death of a Pizza Man: Mike Ilitch, Little Caesars and Detroit
By Chris Morgan | February 27, 2017
In 1959, Garden City, Michigan was a small, unremarkable suburb of Detroit. According to the 1960 census, it had a population of 38,017. This was a time before white flight had caused the population of the Motor City to dissipate across the Metro Detroit area. The city I grew up in, Sterling Heights, which is now the fourth-largest city in Michigan, wouldn’t even be founded for almost a decade. In that year in that small suburb, though, a couple opened their first pizza restaurant. The man wanted to call it Pizza Treat. He was convinced to give it another name, Little Caesars.

The man in question was, of course, Mike Ilitch. It may seem strange to think of a massive, global pizza chain as being a “Detroit” company. Little Caesars isn’t a more localized pizza place, a la Jet’s or Buddy’s, the latter of whom is considered the finest purveyors of “Detroit-style pizza.” Detroit-style pizza, for the unfamiliar, is a Sicilian-style square deep dish pizza with a nice, thick, usually crisp crust. Little Caesars is the third-largest pizza chain in the United States. This is how and why Ilitch died a billionaire. However, to me, when I think pizza, I think Little Caesars. I will forever connect Ilitch and his pizza organization to the city of Detroit.

As a child, when my family got pizza, we got Little Caesars. It’s naturally ubiquitous in the area, and the defining pizza chain of my life. The orange-and-white iconography, the short, big nosed Roman-looking gentleman (the physical manifestation of “Little Caesar”), the catchphrase “Pizza! Pizza!” they are all emblazoned on my brain. We ate Crazy Bread, their take on breadsticks. When the big pizza chains were involved in their battle to create the biggest party-sized pizza, any party I remember going to went with Little Caesars.

However, it’s not like anybody didn’t understand what the Hot-N-Ready pizza was all about. In The Simpsons Homer once asked Marge if she wanted something done right, or done fast. Marge responded, “Well, like all Americans, fast!” Marge spoke for the people who liked the Hot-N-Ready pizza. It was cheap and convenient, and if that was all you cared about it was the platonic idea of pizza. It clearly worked, because the Hot-N-Ready pizza remains Little Caesars’ main selling point.

Although Domino’s was founded a stone’s throw from Metro Detroit in Ypsilanti, it isn’t a Michigan brand and much less a Detroit brand. Ilitch, though, engrained himself in Detroit, and company’s headquarters are located in downtown’s Fox Theatre Building. More to the point, Ilitch owned the Detroit Tigers and Detroit Red Wings for many years. He bought the Wings in 1982 and the Tigers in 1992, fittingly from Tom Monaghan, the founder of Domino’s, and made him a vital part of the life of any Detroit sports fan.
He was born in Detroit. He died in Detroit. He gave us Crazy Bread and cheap large pepperoni pizzas that you could pick up immediately whenever you felt like it without having to call ahead. I’ve never been deeply impacted by the death of a fast food entrepreneur before. I probably never will again. That’s the strange, intimate relationship Ilitch had with Detroit and its denizens in a nutshell. May the Tigers win a World Series in your honor, sir. May your bread always be crazy. 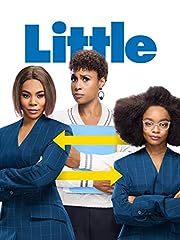 (7743)
(as of November 28, 2020 - More infoProduct prices and availability are accurate as of the date/time indicated and are subject to change. Any price and availability information displayed on [relevant Amazon Site(s), as applicable] at the time of purchase will apply to the purchase of this product.) 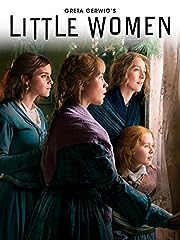 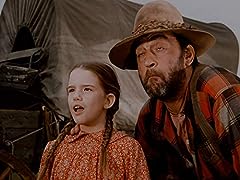 
Little House on the Prairie (Pilot) 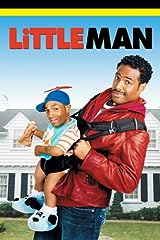 I could totally see him on madmen

This dude is a stone cold g. I was in Compton a few days ago, and this mother fucker right here was snatchin dudes colors and demandin a toll for walkin his streets. Shit was wild. Mo fuckers were payin too.

Since the beginning of time…bwahahahaha! Classic.

he has a small head for a big tux sido

I just got watched joeys review of this and I couldn’t even watch him finish the first piece, I needed sophistication in my life

I am so delighted by the sophistication of the host of this channel. I am especially positively surprised by it regarding this type of video format.

Ok, I’m new here and I’m curious. Does he have a regular job in an office and does YouTube on the side or is YouTube his full job and he just wears suits while eating in his car?

if ur in fl still try slice of life

0:48 bitch look away you’re in the presence of god

I like how you are truly analyzing the food in silence during the eating segment. Leads me to believe in a more honest genuine review.

when that car pulled up beside him in the beginning I thought he was gonna get shot like Pac and Big.

Hey man. As a fellow LC worker, it is a smokehouse seasoned (or salted as you called it) crust. It just really depends on how much of the seasoning you want. If you want the normal amount thats supposed to be used it would be very flavorful. I suggest you get your next smokehouse fresh and a little well done to add the extra crunch to the crust.

I AM SO JEALOUS OF THE FASTFOOD YOU HAVE IN THE US! omg

That fucking pizza, I want it so bad

His life Looks pretty boring to be honest

the pizza was good but the crust was too salty for me as well!

Could I get uhhhhhh