Conventional wisdom holds that frozen steaks should be thawed before cooking, but we wondered if you can cook frozen meat straight from the freezer. Cook’s Illustrated Senior Editor Dan Souza explains our cooking experiments.

WATCH: How to Make the Most Perfect Bacon Ever https://www.youtube.com/watch?v=2guC4Badq2s

We cut a strip loin into eight steaks, cut each steak in half crosswise, put the pieces in vacuum-sealed bags, and froze them. We then thawed half of each steak in the refrigerator overnight and kept the other half frozen. Using our preferred method, we seared both sets of steaks in a hot skillet for 90 seconds per side and then transferred them to a 275-degree oven until they reached 125 degrees, or medium-rare. To track moisture loss, we weighed each steak before and after cooking.

A fully frozen steak is extremely cold, which prevents overcooking while the surface reaches the very high temperatures necessary for browning reactions. As for the difference in moisture loss, we know that when meat is cooked to temperatures higher than 140 degrees, its muscle fibers begin to squeeze out a significant amount of moisture. As its slightly thicker gray band indicated, the steak that had been thawed had more overcooking around the edge, so it made sense that it also had greater moisture loss.

While we prefer to start with steak that’s never been frozen for the best texture, if we do have frozen steaks on hand, from now on we’ll cook them straight from the freezer. (But if you can choose between frozen vs. fresh, definitely go for fresh.)

Here’s what to do for the best frozen steaks: Freeze steaks, uncovered, overnight on a baking sheet (this dries them out to prevent excess splattering during cooking), then wrap them tightly in plastic wrap, place in a zipper-lock bag, and return to freezer. To ensure that the steaks brown evenly, add oil to the skillet until it measures 1/8 inch deep. And because frozen steaks will splatter more during searing, use a large skillet.

America’s Test Kitchen is a real 2,500 square foot test kitchen located just outside of Boston that is home to more than three dozen full-time cooks and product testers. Our mission is simple: to develop the absolute best recipes for all of your favorite foods. To do this, we test each recipe 30, 40, sometimes as many as 70 times, until we arrive at the combination of ingredients, technique, temperature, cooking time, and equipment that yields the best, most-foolproof recipe.

Each week, the cast of America’s Test Kitchen brings the recipes, testings, and tastings from Cook’s Illustrated magazine to life on our public television series. With more than 2 million viewers per episode, we are the most-watched cooking show on public television.
http://www.americastestkitchen.com 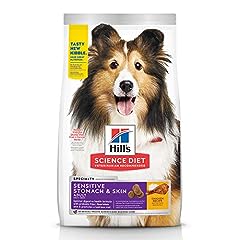 This adult dry dog food promotes digestive health while nourishing skin A source of prebiotic fiber to support a balanced gut microbiome in your grown dog This dog food is formulated to be highly digestible for optimal nutrient absorption & easier st... (as of July 6, 2020 - More infoProduct prices and availability are accurate as of the date/time indicated and are subject to change. Any price and availability information displayed on [relevant Amazon Site(s), as applicable] at the time of purchase will apply to the purchase of this product.) 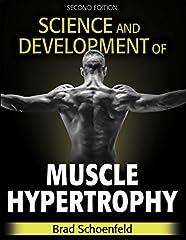 
Science and Development of Muscle Hypertrophy 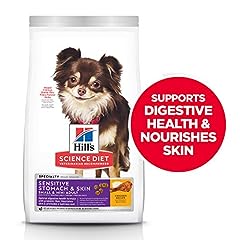 This dry dog food uses prebiotic fiber to feed your small dog's microbiome for optimal digestive health Vitamin E, omega 6 fatty acids and other nutrients in smaller kibble help nourish skin and promote a lustrous coat Dog food formulated with little... (as of July 6, 2020 - More infoProduct prices and availability are accurate as of the date/time indicated and are subject to change. Any price and availability information displayed on [relevant Amazon Site(s), as applicable] at the time of purchase will apply to the purchase of this product.)

Anybody that does this is a drone

>freeze your steaks and deep fry them
Ok.

The only steak i ever really eat is venison, which must be frozen. I hate having to think so far ahead about when i’ll eat a steak so it can thaw. This video is good news for me, i’m excited to try it.

If it’s not over charcoal you fucked it up.

Ramsay is shitting himself.

I cook great steaks as in never well done!!! I heat my grill to 500f then put the steaks on the grates. When I flip I move them to the other side which are still at 500f. Back to the first side when the grate returns to 500f but placed 45 degrees to form the pattern. Then back to the other 600f side. This all takes only a few minutes! Medium rare! I also coat my steaks in my special dry tub 24 hrs before. Same with hamburgers! Cheers!!!

What kind of oil should you use?

For all saying “don’t freeze it to begin with” slamming the video. Got to 1:48

They should have called this video “how to ruin a steak!”

wait you put the frozen one in the same pan as the normal steak? you know you’re supposed to sear it not boil it and the temp will go significantly down with the frozen steak in there…

nice instead of 8 minutes searing both sides we are going to add an extra 12 and say it’s roughly the same amount of time.

Ramsay: The steak is fresh right?
Test Kitchen: No, its frozen. Frozen steaks are the best we don’t even thaw the damn thing
Ramsay: FUCK ME!!!

how would one marina it?

Wouldnt it be cold on the inside after cooking

I never use oil. This steak or rib eye has enough fat by itself to not stick to the pan. It will taste better to use it’s own fat for cooking it. Make sure you pan is really hot before laying your meat in it. Just some sea salt is all you need.

“We still prefer to start with a fresh steak”. But you just said you prefer them frozen, hands down.

Let’s how Gordon Ramsey rate it.

Sounds fun in a science lab, where you have fire sprinklers on the ceiling lol

good, at least you tried!! im gonna try too…

Go ask for a frozen steak at Peter Luger’s or Sparks and you will end up in the freezer!

Defrosted in fridge overnight? More like let it slack in the fridge.

i do not know why people compete to make a better steak, i do not know what make a steak is beter than the other, some say is the soft testure and the taste, then why dont you blend the steak

We use a Food Saver to vacuum pack our meats as we buy in bulk at Costco. I opened a NY Strip Steak from the freezer today and followed the directions you provided. 90 seconds per side in 1/8 inches Peanut Oil. Then 20 minutes at 275 (we used 300 due to convection oven). Turned out great.

My steak was a nice thick steak not a thin one. Great job on this recipe! Thanks.

yeah, how to cook a raw, still cold in the middle piece of meat. You fucking morons…

i would never recommend filling a pan up with 1/8″ of oil. it’s gonna be a splattering burn clinic from hell.