Sushi will always be a viable business inside any metropolitan supermarket. Where it really wasn’t long ago when you could only visit your favorite go-to sushi restaurant to enjoy a nice lunch or dinner, these fast-food kiosks are popping up everywhere, filling the crave you may have that can’t wait or where it isn’t as convenient to sit in front of your favorite sushi chef. Even Walgreens and 7-11s have jumped on the bandwagon to cash in on this food craze. But how does supermarket sushi kiosks compare to sushi coming from a chef that makes if for you while you wait?

As a newbie sushi chef in training, you’ll spend the better part of a year or more learning how to make sushi rice. This is where all the magic begins because if you don’t learn the basics of washing rice, nor the patience it takes to become one with the rice as you spend countless hours stirring the water, you will never understand the philosophy of the Japanese culture and the backbone of sushi. This step is still taken for granted because most learning chefs will look at this as a chore, rather than a labor of love.

Of the 3 places we visited, 2 had sushi persons standing there preparing sushi, (Whole Foods and Publix) and then placing it inside a plastic container, and then placed in an open cooler for patrons to just grab and go. Walgreens had a display cooler with a see through screen that you could just roll up and choose your sushi, which was made days ago and just placed there for the picking.

So as fresh as the rice was made at the 1st two places, it was still covered up and then placed in a cooler at around 40 degrees; this is done to keep the bacteria from growing and it is done well, but the rice becomes hard and in many cases, dried out as you’ll see. It’s almost like making a fresh pizza, and then cutting it up in slices, to placed inside as cooler for people to just choose and eat. It’s not something you want to do, but it’s accepted with the change in our lifestyle. Well, the slice of pizza you could still nuke for a minute and enjoy it hot; the sushi not so much…

1. Whole Foods
The debate in South Florida will always be: who has better products in their store. Does Whole Foods really mean “organic” when it says that on the packaging? (they were recently in hot water for this very statement) Well when it comes to supermarket sushi, they came out on top. Their slices of fish looked more abundant, the nigiri looked great, and the overall packaging looked enticing. They also offered more options such as Donburi (slices of fish over rice) and sashimi selections.

2. Publix
Publix is rated at #2 in the nation for their supermarket quality and for good reason; everything is excellent, including the customer service, cleanliness and value. Our lives would be so unhappy if we didn’t live near a Publix. But when it comes to their sushi, it’s our opinion that they need a revamping, or maybe retraining of their staff on how to make rice and make sushi. The brown rice in their rolls were completely mushy, thus meaning too much water was added to the “chore” when they were making it. It was not enjoyable at all. The white rice nigiri had so much rice packed into each piece (twice the amount of what we would use), we wondered what the reason was for…maybe to fill our stomachs so we would have a feeling of value? The fish was sliced so thinly it was transparent, and use of Florida Avocado…gave little taste to the food. The sushi display at Publix always looks good, but we’ve dumbed down our standards for the sake of convenience, so as long as everyone accepts that, the demand will always be there.

But take a moment and think about this…if you had bought this sushi at a sit down restaurant, you’d be sending it back vowing never to return to that establishment. Yet you’re hungry, and shopping for groceries and at an impulse, pick up sushi in a cooler knowing that there’s no complaining because you know exactly what you’re buying…

3. Walgreens
The sushi we bought at Walgreens that day showed that day as the final day to buy it. It’s our opinion that the sushi should have been taken off the floor 2-3 days before. The avocado was turning black and even though it was a Hass avocado, no one should be eating it. There were no raw fish selections, just Surimi Rolls (artificial crab made from cooked fish) and Californina Rolls. Chef Hiro ate 2 pieces and didn’t get sick, but the rice was extremely hard and all dried out. Looking at the video of their California Roll, it’s not something we would buy, yet there are some of you that would, so it’s a win win situation for everyone.

We hope you’ve enjoyed this video…please give it a thumbs up, share it and comment below. See you all very soon… 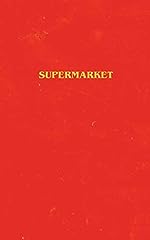 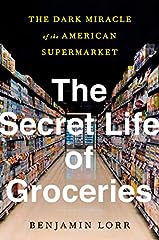 
The Secret Life of Groceries: The Dark Miracle of the American Supermarket

sadly, where we live in northern Michigan, the only sushi I can easily lay my chopsticks on is grocery store sushi. I love your videos. Nightly drooling going on here 🙂

from iraq we love you hiro ♡

Is it possible to buy fish for sushi from publix or whole foods? I asked one of the sushi chefs at publix, and they said they don’t get their fish from the store. Have you done a video about that?

that dry one looks really bad

i have seen aldi and walmart with sushi now too

Looks ,like the Salmon, is farmed lot of fat. I would not buy sushi from big box store.

I actually wait until the sushi man is there or he’s there and it’s all on display because I know it’s fresh at Winn Dixie.. It’s actually really good

Why are you so judgmental about super-market sushi and telling people not to buy it? It’s raw fish and rice… It’s not considered a meal, anyways….

Never buy sushi from a supermarket. It is not real sushi it is just for the convience and filling you up. Besides that any place that lets sushi sit in a cooler is not a place to get GOOD QUALITY sushi from.

I’ve had sushi from a super market and 7-11 before. Never made me sick but definitely not as tasty. I think it’s overpriced because some sushi restaurants serving fresh sushi are similarly priced. I guess if you really have that craving in the supermarket lol

how long can it be kept in a convenience store(supermarket)? I want to know about the exp date and manufacture date of these packaged sushi, also onigiri ! Please!!!

I love wasabi and pickled ginger (fresh too). I put way too much on the sushi.

this nigga trying to be famous by another man’s talent

Supermarket Sushi is nasty compared to what you get when it’s fresh. the ones I’ve had, they do something to the rice to keep it soft but it’s ice cold. I’m not great at making my own sushi yet but even mine is better than the supermarkets. lol

All of this sushi is 10x better than the sushi you get in packets in the UK.

those prices are crazy i can fill a box at this place here for 6.99 a lb lol and its actually real good

I gotta say the ending makes those guys look super shady. Most supermarkets teach their employees to be polite if someone walks in with a camera because it’s so common nowadays and reflects on the chain. By telling him to put the camera away it makes them seem like they’ve got something to hide rather than just handling it professionally, even if they didn’t want to be on camera.